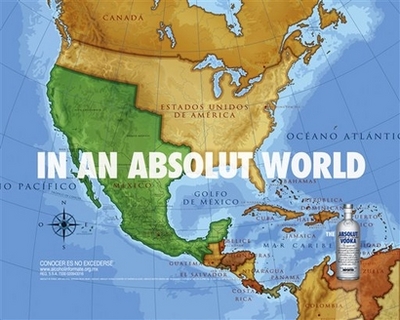 In this image released by the Mexican advertising firm of Teran/TBWA on Monday April 7, 2008, an advertisement created for Swedish Absolut Vodka which ran in Mexico, shows a map of the border of Mexico and the United States where it stood before the Mexican-American War of 1848. The Absolut vodka company apologized for the ad campaign amid angry calls for a boycott by U.S. consumers. (AP Photo/Teran/TBWA)